Call of Duty returns, and to many people’s surprise, it’s going back to World War II. While original series creators Infinity Ward brought the series into the modern day, developer Treyarch are setting out to make the definitive historical first-person shooter. The game is primarily set in the Pacific theatre and has a much more realistic, violent tone requiring less-linear game play than previous Call of Duty installments. You’ll struggle to survive Japanese attacks without mastering new gaming skills, like swimming or how to use a flamethrower–a weapon that packs some punch in the fully destructible game world. Also featured is a campaign on the Eastern front, where you take control of a soldier in the Soviet Red Army during the attack on Berlin in the closing stages of the war. The game also includes the series’ first co-op mode, while the competitive multiplayer mode aims to build upon the achievements of Call of Duty 4 and add to the game’s longevity.

About the Developer: Treyarch

One of publisher Activision’s biggest internal studios, Treyarch have worked on many of the company’s best known titles, from the Spider-Man movie tie-ins and spin-offs to several of the Call of Duty sequels and the new James Bond game, Quantum of Solace.

Call of Duty: World at War completely changes the rules of engagement by redefining WWII gaming and thrusting players into the final tension-filled, unforgiving battles against a new ferocious enemy in the most dangerous and suspenseful action ever seen in WWII.

Powered by Call of Duty 4: Modern Warfare technology, Call of Duty: World at Warbrings an uncensored edge to combat, as soldiers face the most harrowing and climatic European and Pacific battles in which an enemy, who knows no surrender and no retreat, will fight to the last breath, unleashing an arsenal of lethal surprising tactics. Peril and danger lurk throughout the battlefield as players combat the unknown risk of the new chaos of battle.

From the remains of Russia and the ruins of Berlin, to the beach and jungles of the deadly Pacific Theater, the volatile action takes on added depth as players employ new features that previously were only-available in multiplayer, including perks, rankings and online stats in up-to full four-player cooperative gameplay. New infantry and vehicle-based weapons, like the potent flamethrower, bring the battlefield ablaze.

Final Battles: Call of Duty: World at War forces players to survive the final climactic days of a world at war to thwart the advance of Axis powers on multiple fronts from Europe to the Pacific – delivering the hallmark Call of Duty cinematic intensity on a worldwide scale. Play as a U.S. Marine or Russian conscript across a variety of European and Pacific infantry, vehicle and airborne missions. An all new depth of WWII-era combat variety, from the tactics and weapons to the unique and varying locations that traverse the ruins of Western Europe all the way to the harsh, wetlands of Imperial Japan, immerses gamers into an adrenaline-filled, epic struggle.

Co-Op Campaign Mode: “No One Fights Alone” takes on new meaning as players can complete the entire single player campaign with up to four players online or two players via split-screen (both online and offline). Strategizing with others provides gameplay diversity, replayability and engagement. Complete unique co-op challenges to earn rewards and bragging rights. 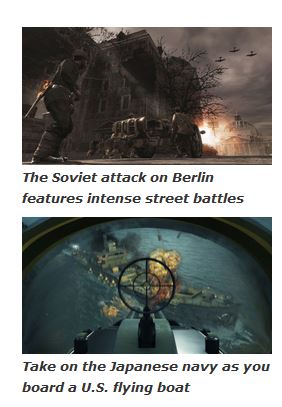 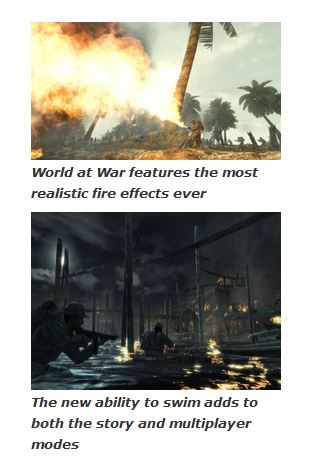 Be the first to review “Call of Duty: World At War (PC)” Cancel reply Rated 4.50 out of 5
₹19.00
close
Start typing to see products you are looking for.
Home
Shop
My account
0 Wishlist
Menu