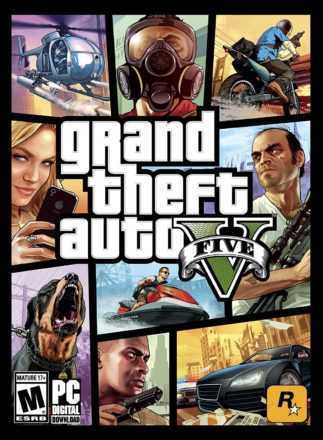 Red Dead Redemption 2 for PC also includes free access to the shared living world of Red Dead Online featuring all previously released improvements and the latest content updates for the complete online experience including Frontier Pursuits and the specialist Roles of Bounty Hunter, Trader and Collector for players to progress through and earn unique rewards.

Red Dead Redemption 2 is an action-adventure game it was released on PC, and since 2019 it is also available on the PC. The game is a prequel to the Red Dead Redemption released in 2010 and focuses on the life of the outlaw Arthur Morgan. Enter and experience a truly massive world with an astounding amount of activities, interactions, beautiful visuals and more. If you have ever played the first RDR game, you might find a number of references to the characters and events from this game.The story

The action takes place in 1899 in the Western, Southern and Midwestern parts of the United States, where you as the player take the role of Arthur Morgan, who is a member of the Van der Linde gang. Arthur must face many hardships such as the decline of the wild west culture and lifestyle, fighting the government that wants to get rid of the last bastion of the wild west culture as well as fight other adversaries like different gangs.

Set in the open world and played from first or third-person perspective Red Dead Redemption 2 includes heists, bounties, hunting, and horseback riding. Be careful with your choices as honor is something that can be easily lost. The player takes control over Arthur during progression through the story and questlines. Play and explore the enormous areas of the open world created to resemble as closely as possible real-world locations with some extra features. Unexplored lands full of bandits, travelers, stunning landscapes and animals can give you adventurous vibes while exploring the Wild West. Urban and farming settlements give you a chance to interact with interesting NPCs and uncover their secrets, often lurking in unexpected places, and also contribute to the true western atmosphere. Imagine yourself walking into a saloon and experiencing a fight breaking out of nowhere. In this game, you can engage in combat using various types of weapons such as melee, explosives or firearms, with a number of options to upgrade. In comparison to the original, this game features swimming, dual-wielding, improved combat and more!